Gush Shalom (Translated from Hebrew, the name means "The Peace Bloc") was founded in 1993 by Uri Avnery and colleagues. It is the hard core of the Israeli peace movement..

Often described as "resolute", "militant", "radical" or "consistent", it is known for its unwavering stand in times of crisis, such as the al-Aksa intifada.
For years now, Gush Shalom has played a leading role in determining the moral and political agenda of the peace forces in Israel, as well as in breaking the so-called "national consensus" based on misinformation.
Gush Shalom is an extra-parliamentary organization, independent of any party or other political grouping. Some of its activists do belong to political parties, but the Gush is not aligned to any particular party.

The primary aim of Gush Shalom is to influence Israeli public opinion and lead it towards peace and conciliation with the Palestinian people, based on the following principles 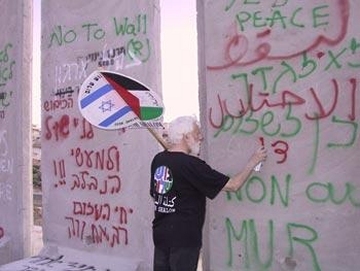 The Gush was founded by Mr. Uri Avnery and others in 1993, when it became apparent that all the older peace groups in Israel were either unable or unwilling to oppose the repressive measures introduced by the new Labor party government headed by Yitzhak Rabin.
When Rabin expelled 415 Islamic activists from the country in late 1992, a spontaneous protest by Jewish and Arab Israelis led to the setting up of protest tents opposite the prime minister's office in Jerusalem. This protest lasted for 45 days and nights during the winter. Following the debates in the tents, and in view of the silence of other Israeli peace groups, some of the protesters decided that a new Israeli peace movement was needed. They defined themselves as "Peacer than Peace Now" and founded Gush Shalom. 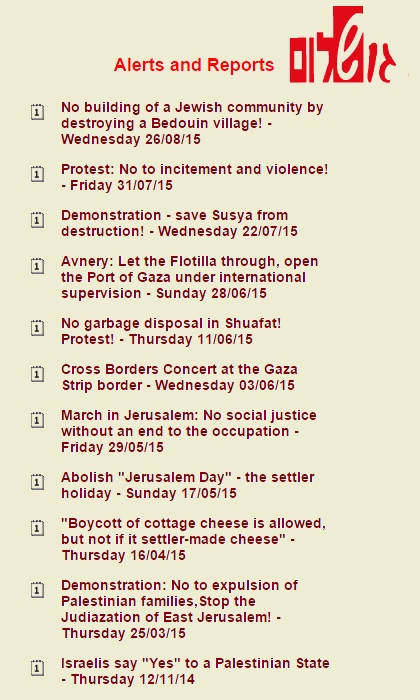 Since 1993, Gush Shalom has published a weekly political advertisement in Haaretz (every Friday, page 2, lower left corner). It is generally acknowledged that these statements influence the weekly political agenda for the peace camp in general, well beyond the confines of Gush Shalom proper.